On 22-23 November, this hybrid meeting of the Justice and Interest IRN will connect international scholars working on themes in moral, political and economical philosophy.

The Justice and Interest IRN is led by Gilles Campagnolo, who is the Principal Investigator and Global Coordinator, and the present event is a continuation from this previous one. Network participants in London may attend in person in the LSE’s Clement House (CLM) room G.05, except for 22 November from 15:00-16:00 when the meeting will take place in CLM G.03. Other participants may join online via Zoom.

The meeting will begin on 22 November at 12:30 GMT (13:30 CET). Other participants not listed on the schedule below may give papers during the open periods depending on how the meeting develops.

Each session will include a 30-40min presentation, with the rest of the hour for Q&A.

The Justice and Interest IRN is sponsored by the Aix-Marseille Sciences Économiques (AMSE). Read more about the project, the partnership, and the IRN programme. This event is hosted by the LSE Centre for Philosophy of Natural and Social Sciences (CPNSS), who provides the place and administrative support for the meeting. 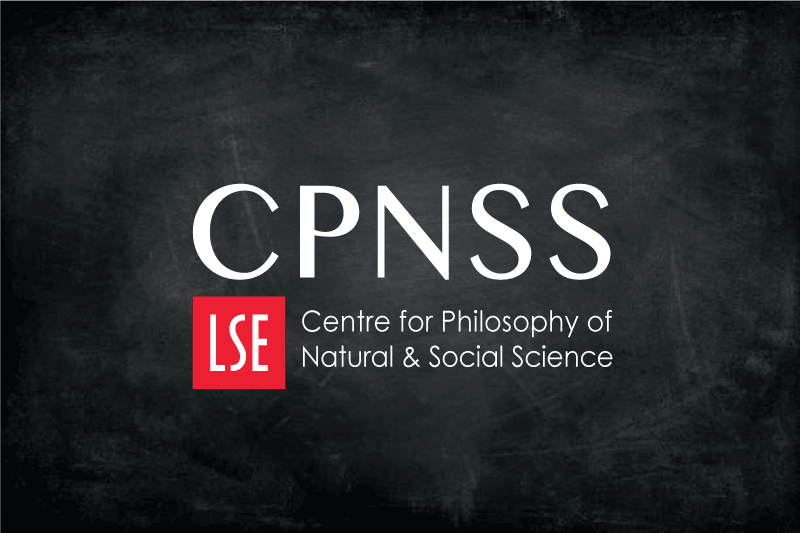 Abstract: The standard model of rational choice in economics treats the preferences of the agent as exogenous. This raises interesting philosophical problems: if a person cannot choose her own preferences, then she is not really “autonomous” —she is condemned to slavishly maximize a preference order that has been “imposed” upon her from the outside. This calls into question whether a purely welfarist-consequentialist approach to normative economics (based on preference-maximization) really captures everything that is morally relevant. A further issue (less relevant to consequentialists, but more relevant to deontologists) is moral responsibility: if an agent’s preferences are exogenous, then arguably we cannot hold her morally responsible for her choices (good or bad), because these choices are simply the result of maximizing an (unchosen) preference order.

Abstract: People give to charity and volunteer for good causes on a massive scale. But unfortunately, most of their efforts are not as effective as they could be. Most people are not, for instance, giving to the charities that do the most good per dollar. In a forthcoming book, my colleague Lucius Caviola (Harvard) and I try to explain why. We show that people who provide voluntary help don’t feel responsible for outcomes and therefore don’t think that they need to support the most effective causes. They also have a range of biases and misconceptions, including opportunity cost neglect, scope neglect, and a massive underestimate of the differences in charities’ effectiveness. In the second part of the book, we discuss how to address these issues. We show that a combination of nudges and donation matches can be used to increase donations to effective charities. We also discuss more ambitious strategies to change the culture and norms of giving and volunteering.

Léa Bourguignon (LSE) “On the Possibility of Act Contractualism”

Abstract: A well-known debate in the normative ethical literature is that between proponents of Act Consequentialism and Rule Consequentialism. Given the structural similarities between Rule Consequentialism and Scanlonian Contractualism, one might expect a similar debate to arise among contractualists. However, this is not the case. Some, following Scanlon, even argue that this question is “misconceived” – that there is something deeply mistaken about considering the possibility of an act-based form of contractualism. I challenge this claim. I argue that such a view exists, that it is not conceptually mistaken, that it is not extensionally equivalent to Scanlonian Contractualism, and that we have good reason to take it seriously.

Abstract: Nozick’s “utility monster” – a being who is more efficient than other persons at transforming resources into well-being – is often regarded as deeply impossible, on the ground of the incapacity of a single person to have a life that is better than a large number of other lives. In this article, I defend a purely marginalist view of the “utility monster”, that is, that the primary characteristic of a “utility monster” is a higher sensitivity, at the margin, of well-being to resources, rather than a larger total well-being. I propose three purely marginalist accounts of “utility monster” and I introduce the related concept of “collective utility monster”, in order to account for the collective predation of (almost) all resources by a group of persons. I argue that, although a long-lived person, if taken separately, could hardly belong to the category of “utility monster”, a large group of long-lived persons can, under some conditions, belong to the category of “collective utility monster”. In the light of the increasingly large proportion of cohorts reaching very old ages nowadays, Nozick’s objection against utilitarianism turns out, after a thorough review, to be most relevant for real-world aging societies.

Abstract: The exploitation of human by human is a globally pervasive phenomenon. Slavery, serfdom, and the patriarchy are part of its lineage. Guest and sex workers, commercial surrogacy, precarious labour contracts, sweatshops, and markets in blood, vaccines, or human organs are contemporary manifestations of exploitation under capitalism.

What makes these exploitative transactions unjust? And is capitalism inherently exploitative? This book offers answers to these two questions. In response to the first question, it argues that exploitation is a form of domination, self-enrichment through the domination of others. On the domination view, exploitation complaints are not, fundamentally, about harm, coercion, or unfairness. Rather, they are about who serves whom and why. Exploitation, in a word, is a dividend of servitude: the dividend the powerful extract from the servitude of the vulnerable. In response to the second question, the book argues that this servitude is inherent to capitalist relations between consenting adults; capital just is monetary title to control over the labour capacity of others. It follows that capitalism, the mode of production where capital predominates, is an inherently unjust social structure.