One of the leading philosophers of the 20th century, Sir Karl Popper founded the Department of Philosophy, Logic and Scientific Method in 1946. Critical rationalism was the cornerstone not only of his political philosophy but also of his views on the method and practice of the natural and the social sciences. It was through Popper’s efforts that falsifiability entered public consciousness as a defining criterion of the method of science. In addition to being instrumental in shaping 20th century philosophy of science, Popper was one of the century’s foremost defenders of democratic liberalism in political philosophy.

The 8th Sir Karl Popper Memorial Lecture was delivered by Sir Paul Nurse on 28 September 2016. Sir Paul is an English geneticist, Former President of the Royal Society and Chief Executive and Director of the Francis Crick Institute. He was awarded the 2001 Nobel Prize in Physiology or Medicine for his work on the protein molecules that control the division of cells in the cell cycle. 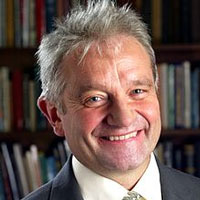 ‘How philosophy drives discovery: A scientist’s view of Popper’ – Podcast ‘The Cunning of Uncertainty’ – Podcast Slides ‘Critical Rationalism and Religious and Political Reform in Iran’ – Podcast

The Sir Karl Popper Memorial Fund would like to thank the Austrian Cultural Forum for the generous support they have offered toward the 2012 Lecture. ‘Multiculturalism and the “Open Society”; a Popperian Approach’ – Transcript 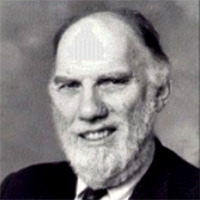 This Symposium also featured a discussion ‘A Dialogue on the Intellectual Impact of Popper’s The Open Society and Its Enemies’ with speakers Lord Dahrendorf, Professor Anthony O’Hear, and Professor Edward F. McClennen. ‘The Nature of Freedom’

Featured image: Sir Karl Popper at his home in Kenley in 1994 / photo by Adam Chmielewski