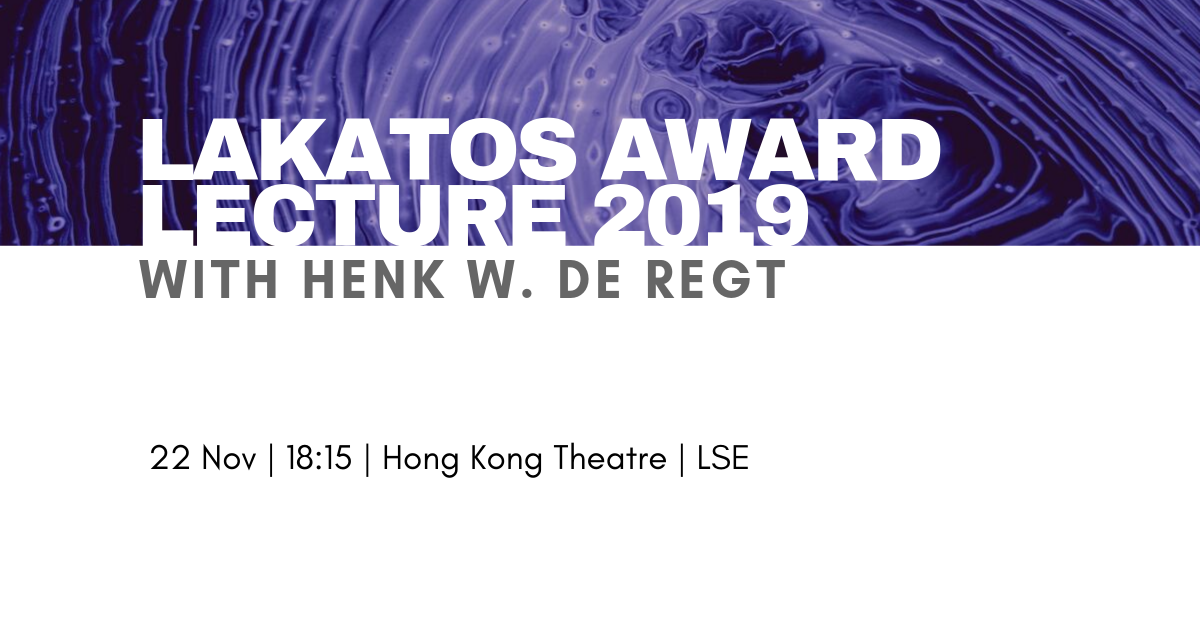 It is widely acknowledged that a central aim of science is to achieve understanding of the world around us, and that possessing such understanding is highly important in our present-day society. But what precisely is scientific understanding, and when is it achieved?

The Lakatos Award is given for an outstanding contribution to the philosophy of science, widely interpreted, in the form of a book published in English during the previous five years. Further information is available on the Lakatos Award web page.

Professor de Regt’s lecture will be followed by a public award ceremony.

This event is free and open to all with no pre-registration required. Seating will be allocated on a first come, first served basis.