How to make good strategic decisions under uncertainty and time pressure 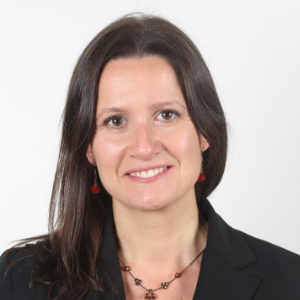 The COVID-19 pandemic has thrust the world into a state of extreme uncertainty. At this time, it is more important than ever that our leaders make the right decisions to safeguard health and economic wellbeing. However, human beings are prone to errors when making decisions in unpredictability. And it’s to do with the way our brains are wired to make inferences about our world and assess risk.

Both groups were allocated a small sum of money and were asked what they would be prepared to pay in order to avoid these risks. The first group was prepared to pay $7 to avoid their 1% chance of the electric shock. Curiously, the group with the 99% chance of getting the shock was only willing to pay $3 more than their peers. Put another way, although this group was faced with a much larger risk of experiencing pain, the participants were not ready to pay proportionally more to mitigate the much larger risk.

You might think that this is reasonable, as 99% is almost a sure thing, but don’t you agree that a 99% chance of getting a shock is a greater risk than a 1% chance? Greater risks should call for greater action and resources than smaller risks.

In behavioural science, this curious finding is called probability neglect bias and it is just one of the many decision traps that we can see around us at this time. What it means is that although we are presented with clear data and we can cognitively do the maths, our brains are not naturally configured to instinctively assess probability and then integrate it into our decision making. In situations of uncertainty, we are more likely to miscalculate risk and make mistakes. To be calibrated, we need to use a more explicit decision process.

Fast forward to September 11 2001. The terrible events in the US give us insight into a second decision-trap that is at play these days. Research by renowned behavioural scientist, Gerd Gigenerenzer, demonstrates that in the wake of the terrorist attacks, US citizens exhibited an irrational fear (behavioural scientists call it “dread”) of flying. Avoiding planes led to a significant uptick in people travelling by car in 2002. The result was an increase in reported car accidents that year – no fewer than 1500 were killed, adding substantially to the death toll for 9/11.

The same phenomenon occurred in the UK in 2005, following the London transport bombings. Research by Peter Ayton and his colleagues at City University and ourselves at the LSE found that in the six months after the attacks, more Londoners were taking their bicycles to work to avoid public transport. Again, the number of fatalities on the road significantly increased, with 214 people killed on their bikes in traffic accidents – about 15% more than in the previous year.

This decision trap is known as dread risk bias. If not corrected, this bias leads to catastrophising or experiencing excessive fear (i.e. feeling dread) when considering different options, and as a result, poor choices that yield poor outcomes. This happens when not following an explicit decision process – even with hard, statistical evidence at our disposal.

Correcting these tendencies is absolutely critical in managing risk and making the best possible decisions under uncertainty.

In 2020, the world faces unprecedented risk and uncertainty about our future. The COVID-19 pandemic represents an acute threat to human beings’ welfare, health and economic well-being at a global level. So how do we avoid decision traps and make better decisions when the stakes are so high?

In my online and on campus programmes, I work with a team of decision experts (Dr Valentina Ferretti, Dr Claire Heard and Dr Umar Taj). We explain and practice a process for making faster and better decisions even in times of unprecedented uncertainty and pressure. We also present new research that can help leaders and decision-makers to spot biases and make debiased decisions. We look forward to helping you through these times, a decision at a time.

Barbara is an expert in behavioural decision-making, behavioural change, behavioural public policy. She has a specific interest in digital nudging and choice architecture. In her lab, online and field research, Barbara aims to trace and improve difficult choices faced by patients, consumers and experts in organisations such as the European Medicines Agency, the King’s Fund and the European Commission.

In this era of unprecedented uncertainty, learn how to enhance your strategic decision making capabilities through an interdisciplinary approach that blends analysis and intuition. Strategic Decision Making for Management will equip you with a toolkit that will enable you to make effective decisions and build resilience during these challenging times.

Get the latest articles and testimonials from LSE Executive Education

Building your competitive strategy? It’s all down to methodology

Risky times call for a new type of leadership

From conflict to win-win: how to negotiate more effectively